The history of Earth and all geological or climatic records tell us that ‘change’ happens all the time. Everything changes! Heraclitus of Ephesus (535-475 BCE) said: “Everything flows” or “No man ever steps in the same river twice”. Especially time and weather are changing permanently and nobody can stop it. The adaption to the very different weather regimes and therefore climates on Earth and climate changes is of outstanding importance for the health and well-being of mankind.
Regardless of what happened in the past or will happen today or in future, we know we will never be free of weather and weather-related disasters. We know that we can’t alter the General Circulation. The take-away lesson from this situation should be that our society must continue to become more weather-ready. First of all we need better and longer ranging weather forecasts. All numerical weather forecasts are initially based on ‘good data’. Nevertheless the margin of error increases from day to day, the further out we project. Our ability to create even five-day forecasts is relatively limited and ranges between 60 and 80 percent, dependant of the four seasons and the region on Earth. Only if we improve the weather forecasts drastically can we better protect us against truly disastrous weather events. It’s not climate, it’s the weather which affects directly agriculture and the value chain deriving from it! 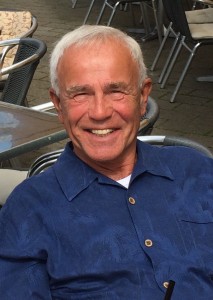